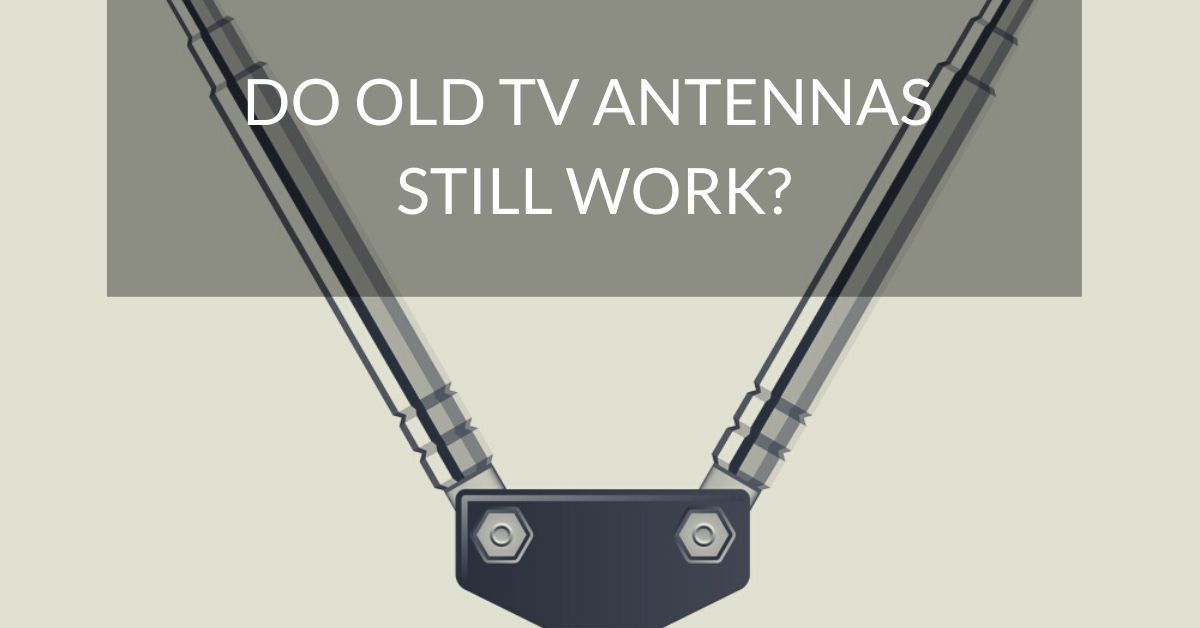 The United States completed its transition from analog to digital signals for TV broadcasts over a decade ago.

Local TV stations still broadcast these signals over the air (OTA), although the digital format requires a TV to have a digital tuner to properly display the broadcast.

However, an old indoor antenna such as a rabbit ears can get a digital signal and transmit it to a digital TV provided the broadcast signal is strong enough.

The basic procedure is easy to accomplish, but the process of getting the best possible reception typically requires additional steps and experimentation.

Digital television (DTV) is the use of digital encoding of content to transmit TV signals.

It began replacing analog technology in 2006 and represented the biggest advancement in TV technology since the introduction of color television in the 1950s.

HDTV also uses a 16:9 aspect ratio in most cases, as opposed to the 4:3 ratio used in analog TV.

Aspect ratio is a measure of the proportions of the horizontal and vertical dimensions of the TV display. For example, 16:9 ratio means the display is 16 units wide and 9 units high.

Additional advantages of DTV include the reduction in bandwidth, which is usually crowded in the VHF and UHF bands. DTV can transmit seven channels in the same bandwidth needed to transmit a single analog channel.

Several standards for broadcasting DTV signals are currently in use, depending on geographic location.

An antenna, also known as an aerial, is the oldest method of receiving signals, including DTV.

In the case of digital terrestrial television (DTT), a land-based antenna can receive channels transmitted within the antenna’s range.

Most people in the United States watch DTV via a physical cable or satellite signal, although other countries use standards such as Multichannel Multipoint Distribution Service (MMDS) to transmit DTV standards with microwaves.

Do You Need a Special Antenna for Digital TV?

Antennas may be classified into indoor and outdoor models, although their general function is the same. Outdoor models are typically mounted on a mast on top of a house (or in your attic), while indoor models are located next to or on top of the TV set.

Regardless of its physical location, an antenna is specifically designed to receive over-the-air signals in the VHF and UHF bands.

DTV uses the same frequency ranges as the analog TV standards, so an older antenna can still receive DTV broadcasts.

Despite this, manufacturers routinely market their antennas as “digital” or “HDTV” to persuade consumers to replace their existing TV antennas made during the analog era.

The purpose of a TV antenna is to receive radio waves from a particular television station and convert them into electrical currents. The antenna then sends these currents to the TV’s tuner, which extracts the TV signal.

The cable that connects and antenna to a TV is specifically designed to carry the current generated by radio signal.

Early antennas used a 300-ohm twin lead cable, which is flat antenna wire consisting of two leads separated by insulation. These two leads terminate in U-shaped connectors. You might have seen examples of such old TV antenna wire:

The modern standard in antenna cables is a 75-ohm coaxial cable, which is a round cable consisting of a solid copper wire that’s one of the leads.

This core is covered by insulation, which is surrounded by a wire mesh that serves as the second lead.

A coaxial cable ends with a metal tip or F connector, which can be connected to most modern televisions, even to Smart TVs.

The primary advantage of coaxial cable is that the lower resistance makes the cable less susceptible to interference.

So if your old antenna from the 70s uses twin-lead cables, you should look into getting an adapter.

UHF vs. VHF: Frequencies and Wavelengths

Only a small portion of the total VHF range from 30 to 300 MHz is still used for broadcasts, although the exact range varies by country.

For example, 54 to 72 MHz and 76 to 88 MHz are used in the United States for VHF channels 2 through 6, which is known as Band I internationally.

The range from 174 to 216 MHz is used for channels 7 through 13 and is known internationally as Band III.

The portion of the UHF range that’s used for DTV is 470 to 806 MHz, equivalent to channels 14 through 69. However, many bands within this range are reserved for other purposes, primarily cell phones.

This large difference in wavelengths means that TVs may require different antennas to receive VHF and UHF signals, since a single antenna may not be able to receive both bands effectively.

Indoor antennas don’t generally provide reception as good as roof antennas. For one thing, they aren’t as large as these.

Furthermore, they have a lower elevation and are blocked by the house’s walls and other solid materials.

They’re most useful in highly populated areas, where local TV stations are likely to be within close range (e.g., less than 15 miles), but rural areas will most likely require a roof antenna.

Advanced units often have a dial that changes their reception pattern, which you can use to select the setting that provides the best picture.

Shape and Design of Rabbit Ears

Omnidirectional rabbit ears are the oldest and most common type of indoor antenna, which are designed to receive VHF signals when you’re within 15 miles of the nearest tower.

They’re easy to install and consist of two telescoping metal rods connected to a common base, making rabbit ears a type of dipole antenna.

This design is bidirectional, meaning that it has two main lobes in the opposite direction. In the case of rabbit ears, each rod is a separate lobe.

The Antenna Rods are Relevant

The elements of most antennas are fixed in position, but the rods on rabbit ears are mounted to the base with ball and socket joints.

This design allows the direction of each rod to be adjusted independently of the other, which allows it to be placed in crowded spaces more easily.

Rabbit ears have a wide-angle reception pattern that often allows it to receive signals from multiple stations in different directions without requiring adjustment when the channel is changed.

These rods extend to a maximum length of about three feet and can be collapsed when not in use.

The ideal length of the rabbit ears is one-fourth of the wavelength that you’re trying to receive, although length isn’t a particularly important factor in reception quality.

Rabbit ears can often receive adequate reception from a range of channels when extended to a particular length.

The V shape of rabbit ears provides an additional advantage when the rods are fully extended.

In this position, the rods have a greater chance of resonating at the third harmonic, which means the direction of maximum gain is no longer perpendicular to the rods.

This radiation pattern allows rabbit ears to achieve better reception by adjusting the angle between the two rods.

If you still watch programs on an old tube TV (analog television), you’ll need to install an external digital tuner in the form of a converter box. Converter boxes are generally very affordable. For example, a good converter box that I recommend is the Mediasonic HW130STB, which includes a digital recorder.

If you’re buying a new antenna, make sure it can receive both VHF and UHF channels, like the RCA ANT122Z Indoor Antenna below. Rabbit ears that can receive UHF channels will include (besides the telescopic “ears”) a metal loop for UHF.

Setting Up an Antenna with Your TV

Install it by connecting the coaxial cable from your antenna to your set-top or converter box, or to the back of your TV.

Then on your television, go to the setup menu or screen and pick the “Antenna” option to receive over-the-air programming and shows.

For assistance with your specific brand of TV, many manufacturers publish help articles on the internet.

Experiment with the placement of your antenna to improve reception, but it should generally be as high as possible and as close to the nearest window as possible (but definitely not in your attic).

An OTA antenna is essential if you’re trying to get away from cable television or a satellite.

This approach to receiving TV channels can save you the cost of a cable or satellite bill each month, so a new antenna can pay for itself very quickly.