What Frequency Is Digital TV Broadcast On? 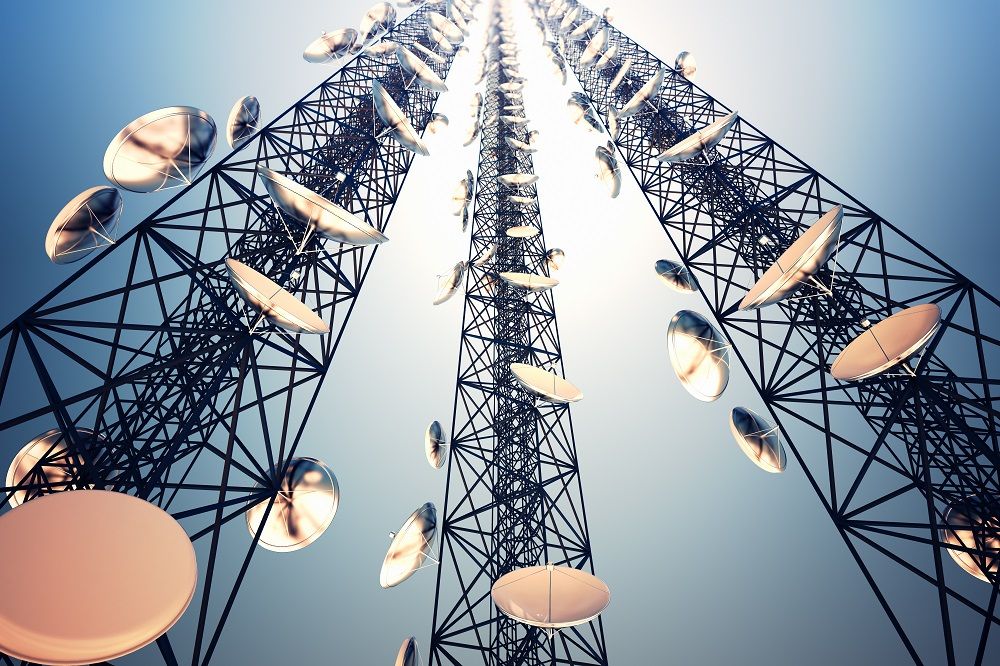 Seems like everything’s digital these days, and television’s no exception. But just what does it mean when we say, “digital television (DTV)?”

After all, you still get the same kinds of programs you did in the analog days (i.e., pre-2009), and you can still pick up over the air (OTA) radio frequency waves with the same kind of antenna.

How Does DTV Work?

Let me explain by analogy.

In the analog days, both picture and audio traveled through the air along a continuously variable signal. The signal got weaker as it propagated farther from the transmission tower.

Finally, at the far reaches of the station’s range, an inferior picture would result. There might even have been fading or ghosting.

Today, the transmission consists of a string of bits that are either on or off. You can think of them as a stream of ones and zeroes. Like the ones and zeroes that make up a music file or get stored as a image.

The ATSC tuner in your TV (or in the converter box sitting near that set your great-aunt has in her parlor) knows how to take that data stream and display it.

It’s worth noting that it’s your television set and not your antenna that interprets a signal.

That’s why you don’t have to buy a different, “special” antenna to watch over-the-air DTV. The antennas that worked in the analog days still work today.

And, you’ll never have a faded or ghosted picture. If all the ones and zeroes get through, no matter how weakly, your tuner will display the original transmission exactly.

Here’s the downside: if not all of those ones and zeroes reach your set, the tuner can’t reassemble the picture, and you’ll see and hear nothing at all – you’ll get just a blank screen, otherwise known as the digital cliff.

NOTE: Due to the FCC channel repack, this is soon to be channels 14 – 36 after the reassignment of UHF channels 37 – 51 to 5G cell phone service.

More accurately, a DTV signal is transmitted via real channels, which today are mostly in the UHF band. What do I mean by a real channel?

As it turns out, the channel you see on your set is the virtual channel, and not the one the signal comes in on.

The VHF or UHF signal itself carries information that tells your tuner which virtual channel to display the program on.

If you’re curious to know which specific frequencies that DTV uses, they range from 54 megahertz (MHz) for Channel 2 up to 695 MHz at Channel 51. These are the same as they were in the pre-DTV days.

Incidentally, this real or “MHz channel” is not a single frequency but rather a narrow range of frequencies that the station can use.

What Are the Advantages of Digital TV over Analog TV?

As I mentioned earlier, the quality of the DTV signal doesn’t diminish with distance.

As long as your tuner can read all the ones and zeroes, it can deliver first-rate image and audio, as good as when it was first broadcast from the studio.

Because of error checking, DTV signals are less likely to be compromised by storms and other atmospheric conditions.

There won’t be disruptions with static, fuzzy pictures and other indications that the signal has been weakened.

Another advantage is that, due to special error compression technology a DTV signal requires less bandwidth.

Remember, when a TV station is assigned a channel, it’s actually allowed a narrow range of UHF and VHF frequencies rather than a single frequency.

DTV technology has developed to the point where it’s possible to squeeze up to seven subchannels into the bandwidth of a single real channel. Thus one real channel can carry up to seven virtual channels.

This allows your set to receive a greater choice of programs.

Finally, the aspect ratio is different with DTV. In the analog days, the ratio was 4:3, which meant that for every four inches of width, the picture on your screen had 3 inches of height.

With DTV, the ratio is 16:9, which is how most movies are best viewed, and how today’s TV sets are built.

With a pre-90s set, if you were watching a 16:9 movie that hadn’t been reformatted, there would be black bands along the top and bottom.

If you were to display an analog signal on a modern set however, you would see bands along the side.

How to Get Local Channels without Cable

How Do You Get Free Local Channels without an Antenna?

Can I do auto-tuning on a DTV?

Yes I think so… if by that you mean running an autoscan to pick up nearby stations. You can find out how to do this in your manufacturer’s instructions.

Hello to the admin of this site. I want to ask if I Can still stream fire stick on old digital tv? thanks..

That would depend on whether or not the old digital TV has an HDMI port – otherwise you might need to get a converter to connect the Firestick to your TV. Also any Amazon shows using 4K won’t be displayed as such on your TV.

I’m really not sure what to buy but can you please suggest to me what is the best Digital TV Converter box currently on the market? Thanks!

I’m afraid there’s no best one overall – the converter box to choose will depend on your needs (e.g. whether you want to record shows or not, etc.).

In my own experience, why is it harder to receive signals than analog?
The old analog signal was receivable with nothing but rabbit ears. We received 30 different stations.
but this new digital signal over rabbit ears gives me just 7 stations (sometimes only 5).

Hi, reception normally comes down to local interference factors at your location, your distance to broadcast transmitters, etc.

Is there any good digital TV antenna that has a native HDMI output, or do I need to get some kind of converter?

Hi Michael, unfortunately none that I know of. All TV antennas pretty much come with the standard F-connector coaxial cable port.

Hi Everyone in TV land. I have three items I just want to add to our conversation on receiving Over The Air (OTA) broadcast: use USB powered preamps, keep antennas away from WiFi routers, and, if possible, use the highest placement possible. I’ll explain each of these in turn.

USB supplied power is really clean because it is ground or neutral shielded from radio frequency waves like common radio stations or WiFi. Use a USB powered antenna or preamp. This is usually expressed as 12 volts or 5 volts of direct current in so many milliamps to your preamp or antenna. Lastly on this point, make sure your TV preamp or antenna has a FM radio trap in it to send all FM radio signals to ground or neutral.

Most devices seem to be going wireless and therefore may use a radio broadcast frequency such as 2.4 or 5 megahertz like most Wifi routers do. Wifi signals are made of 0s and 1s also so keep yr TV antennas away from the house Wifi router. Sooo..

keep your TV antennas higher up than Wifi routers and away from metal heating/cooling ducts and power lines.

and research this stuff.